The ITAT held that the Mumbai office of the Assessee was indeed carrying on business activity and since extent of activity could not be determined it set aside 25% of the revenue earned outside India to be attributed to Mumbai Project office.

Facts of the case:

1. Oil and Natural Gas Company (“ONGC”) awarded a “turnkey” contract to a consortium comprising of the Respondent/Assessee, i.e. Samsung Heavy Industries Co. Ltd. (a Company incorporated in South Korea), and Larsen & Toubro Ltd., being a contract for carrying out the “Work”, inter alia, of surveys, design, engineering, procurement, fabrication, installation and modification at existing facilities, and start-up and commissioning of entire facilities covered under the ‘Vasai East Development Project’ (“Project”).

2. Assessee set up a Project Office in Mumbai, India, which, as per the Assessee, was to act as “a communication channel” between the Assessee and ONGC in respect of the Project.

3. With regard to Assessment Year 2007-2008, the Assessee filed a Return of Income on 21-8-2007 showing nil profit, as a loss of INR 23.5 lacs had allegedly been incurred in relation to the activities carried out by it in India.

4. A show-cause notice was issued to the Assessee by the Income-tax authorities requiring it to show cause as to why the Return of Income had been filed only at nil, which was replied to in detail by the Assessee on 2-2-2009. Being dissatisfied with the reply, a draft Assessment Order was then passed on 31-12-2009 (“Draft Order”) by the Assistant Director of Income-tax International Transactions at Dehradun (“Assessing Officer”). Referring then to the Mumbai Project Office, the Assessing Officer held:

“It is evident that the work relating to fabrication and procurement of material was very much a part of the contract for execution of work assigned by ONGC. The work was wholly executed by PE in India and it would be absurd to suggest that PE in India was not associated with the designing or fabrication of materials.”

6. The ITAT confirmed the decisions of the Assessing Officer and the Dispute Resolution Panel that the contract was indivisible. It then went on to deal with the argument on behalf of the Assessee that the Project Office was only an auxiliary office, and did not involve itself in any core activity of business, as accounts that were produced would show that there was no expenditure which related to execution of the project. This argument was disposed of as follows:

“The way the terms of the contract are described and the way the work on contract has to proceed clearly describe that in all the activities of contract there will be the role of Mumbai project office as the same has to work as a channel between assessee company and ONGC. If PE of the assessee exists within the meaning of Article 5.1 and 5.2 and assessee claims that despite there being PE in terms of clause 5.1 and 5.2, it falls under exclusionary Article 5.4 then onus is on assessee to prove that activities of its PE are in the nature of preparatory or auxiliary in nature.”

7.On appeal to High court there were several issues placed .High court found only one question to be of importance that whether the tax liability could be fastened without establishing that the same is attributable to the tax identity or Permanent establishment of the enterprise situated in India.High court answered the same in negative.

Arguments’ on behalf of Revenue Department

First, he argued that the

1. Project was indivisible since it was a turnkey project and therefore entire revenue would be taxable in India.

2. He also distinguished the case being different from Hyundai heavy industries on the grounds that facts were different in that case as PE was set up in that case long after revenue was already earned from manufacture and design.

3. He argued that the best judgement ruling of 25% was indeed correct since assesse had to prove that he was not doing any business activity and it fell in the exclusion clause of 5 (4) and since asseessee was unable to prove that the 25% assessment was indeed appropriate.

Shri S. Ganesh on behalf of respondend argued as below

1. Project office in Mumbai consisted only of 2 employees and accounts showed that PO did not incur any expenditure on behalf of Project

2. He argued that the burden of establishing Project office as a PE is on revenue and not on assesse to prove otherwise.He also placed his reliance on Hyundai Heavy industries where judgement was in favour of assesse and claimed that facts of case were very similar

3. He further argued that even if there was a PE in India audited accounts prove that there was no profit earned and hence there was no taxable income which could be attributed to the PE.

Supreme court went into detail judgement for some of the important case laws on which assesse had relied .Morgan Stanley Group,E-Funds IT Solution Inc,and Hyundai Heavy Industries Co.Ltd.

Important highlights of Supreme court noted as below

2. It also set aside ITAT’S finding that audited accounts alone cannot prove that the PE is not in existence. Supreme court found that there was indeed a good ground to rely on audited accounts.

3. Finding that the onus is on assesse to prove that Project office is not a PE was set aside by Supreme court as it felt that onus should be on revenue to prove that it is a PE.

4. Lastly Supreme court completely agreed with Shri ganesh (Respondent of Assessee) that the activity performed by the Project office by two of the employees fall within the exclusion part of Article 5 (4) (e) and are not core business activities.

The ruling is a landmark judgement in light of emerging changes in international tax related to Permanent Establishment.This proves that inspite of emergence of BEPS and other laws to counter aggressive tax planning by assesse if the facts prove that the activities does not cross the line and are well within the permitted activities then article 5 (4) (e) related to exclusion for auxiliary activity still has significance along with article 7 which relates to attribution of profits.

This gives a lot of clarity with relation to Permanent establishment for MNCs in India. 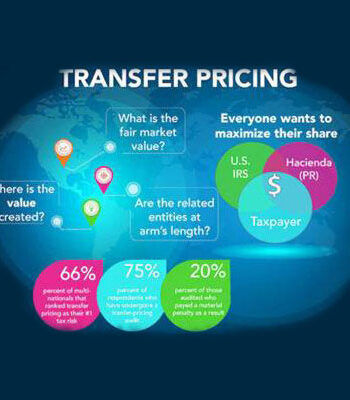